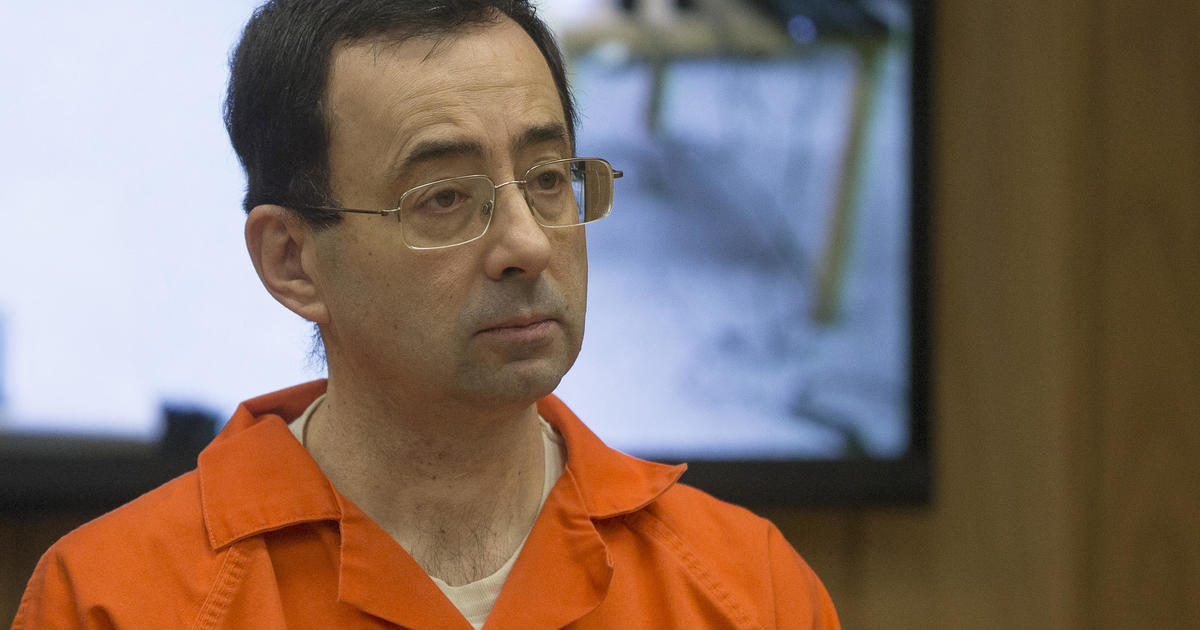 Washington — The FBI has fired an agent who allegedly failed to investigate former USA Gymnastics doctor Larry Nassar ahead of a congressional hearing centered on the agency’s improper handling of the child sex-abuse investigation, Director Christopher Wray told lawmakers on Wednesday.

Wray is appearing before Senate Judiciary Committee on Wednesday alongside Inspector General Michael Horowitz to testify about the bureau’s failure to pursue allegations against Nassar, who has been sentenced to over 100 years in prison for sexual abuse and child pornography crimes. Wray said an agent who failed to properly investigate and document claims of abuse, as described in a scathing report by Horowitz issued in July, is no longer employed by the bureau.

“When I received the inspector general’s report and saw that the supervisory special agent in Indianapolis had failed to carry out even the most basic parts of the job, I immediately made sure he was no longer performing the functions of a special agent,” Wray said. “And I can now tell you that individual no longer works for the FBI in any capacity.”

The first half of Wednesday’s hearing featured four current or former gymnasts who say Nassar sexually abused them by co-opting their medical treatment during his time as a USA Gymnastics doctor: Simone Biles, McKayla Maroney, Aly Raisman and Maggie Nichols.

Maroney recalled speaking with the FBI in the summer of 2015 and providing “extreme detail” about Nassar’s abuse during a nearly three-hour phone interview. But the bureau failed to proceed with an investigation into his alleged misconduct until more than a year later, as revealed by the inspector general.

Maroney said her interview with the bureau was not documented until 17 months later, and she accused the FBI of making “entirely false claims” about what she told them.

“They chose to lie about what I said and protect a serial child molester rather than protect not only me but countless others,” she said, arguing the bureau, USA Gymnastics and the U.S. Olympic Committee worked together to conceal the allegations against Nassar.

Wray said the actions of the FBI employees were “totally unacceptable.”

“These individuals betrayed the core duty that they have of protecting people. They failed to protect young women and girls from abuse,” the director said.

The report said the FBI’s Indianapolis field office first learned of the accusations in July 2015 after USA Gymnastics conducted its own internal investigation. But the FBI did not open an investigation in Michigan, where the abuse occurred and where Nassar was still working at Michigan State University, until October 2016. The FBI did not take action until USA Gymnastics filed a new complaint in Los Angeles following months of inactivity in Indianapolis, the report said.