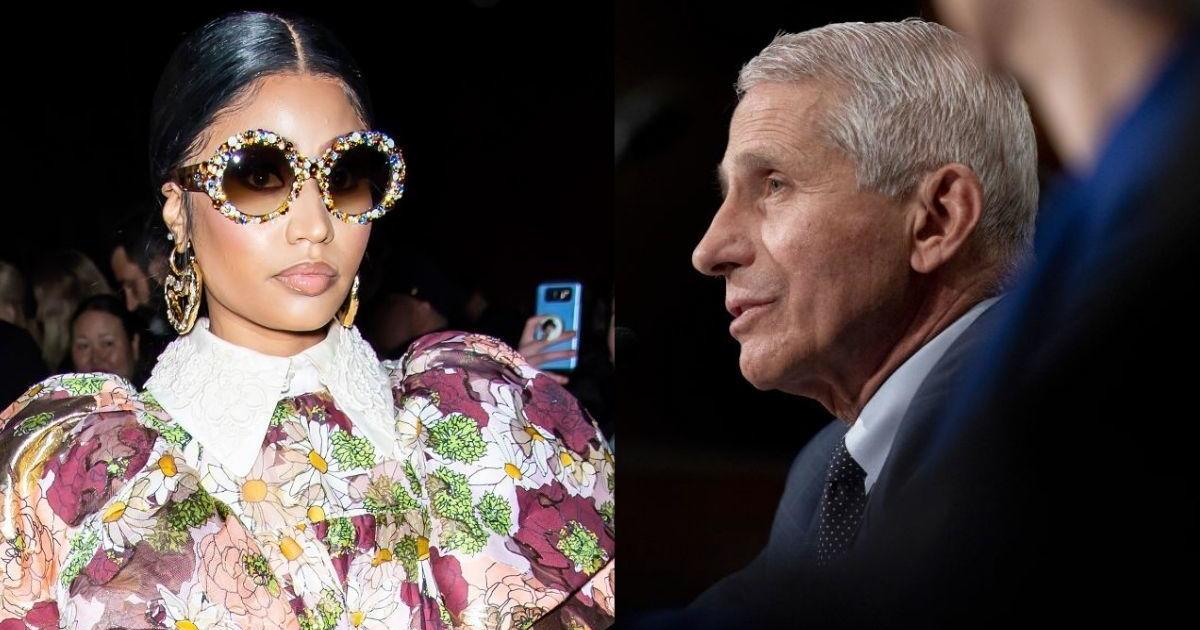 Dr. Anthony Fauci, the nation’s top infectious disease expert, has debunked a viral tweet from rapper Nicki Minaj that suggested the COVID-19 vaccine could cause reproductive issues. Minaj, who has over 22 million Twitter followers, sparked controversy Monday for a series of tweets she posted about the COVID-19 vaccine ahead of the Met Gala.

“They want you to get vaccinated for the Met,” the 38-year-old wrote. “if I get vaccinated it won’t for the Met. It’ll be once I feel I’ve done enough research. I’m working on that now. In the meantime my loves, be safe. Wear the mask with 2 strings that grips your head & face. Not that loose one”

She later clarified that she was skipping the gala because of her young child — who was born last September — not because of the vaccine requirement. But Minaj posted another tweet about her cousin’s friend in Trinidad who allegedly experienced impotency after getting the jab, and it prompted a wide response from both fans and health officials.

In an interview with CNN on Tuesday, Fauci was asked if the COVID vaccine could cause any reproductive issues in men or women. Fauci replied, “The answer to that is a resounding no.”

“There’s no evidence that it happens, nor is there any mechanistic reason to imagine that it would happen,” he said.

Fauci appeared on the show to discuss vaccine efforts and was speaking on vaccine skepticism in Black and Hispanic communities, something he continues to blame on misinformation.

“There’s a lot of misinformation, mostly on social media, and the only way we know to counter mis- and disinformation is to provide a lot of correct information,” Fauci said. “To essentially debunk these kinds of claims, which may be innocent on her part. I’m not blaming her for anything, but she should be thinking twice about propagating information that really has no basis.”

The Centers for Disease Control and Prevention also debunked the myth in a memo posted to its website in August. “There is currently no evidence that any vaccines, including COVID-19 vaccines, cause fertility problems in women or men,” the guidance said.

In her Twitter thread, Minaj continued to assert that she was not opposed to the vaccine and would most likely be vaccinated when she had completed more research and was ready to go on tour.

“I know babe. A lot of countries won’t let ppl work w/o the vaccine,” she tweeted in response to a fan who claimed they got a vaccine for work. “I’d def recommend they get the vaccine. They have to feed their families. I’m sure I’ll b vaccinated as well cuz I have to go on tour, etc.”

Minaj also praised a fan who received the vaccine and did not experience any side effects: “That’s amazing babe. This is the norm.”

Fauci and other medical leaders are asking “trusted messengers,” including clergy, teachers, and politicians, to answer questions people in their communities have about the vaccine and hopefully encourage them to get vaccinated.

“I believe we are making progress,” Fauci said. “We’re not where we want to be with regards to the number of African Americans and Hispanics vaccinated, but we’re doing better than we were before.”