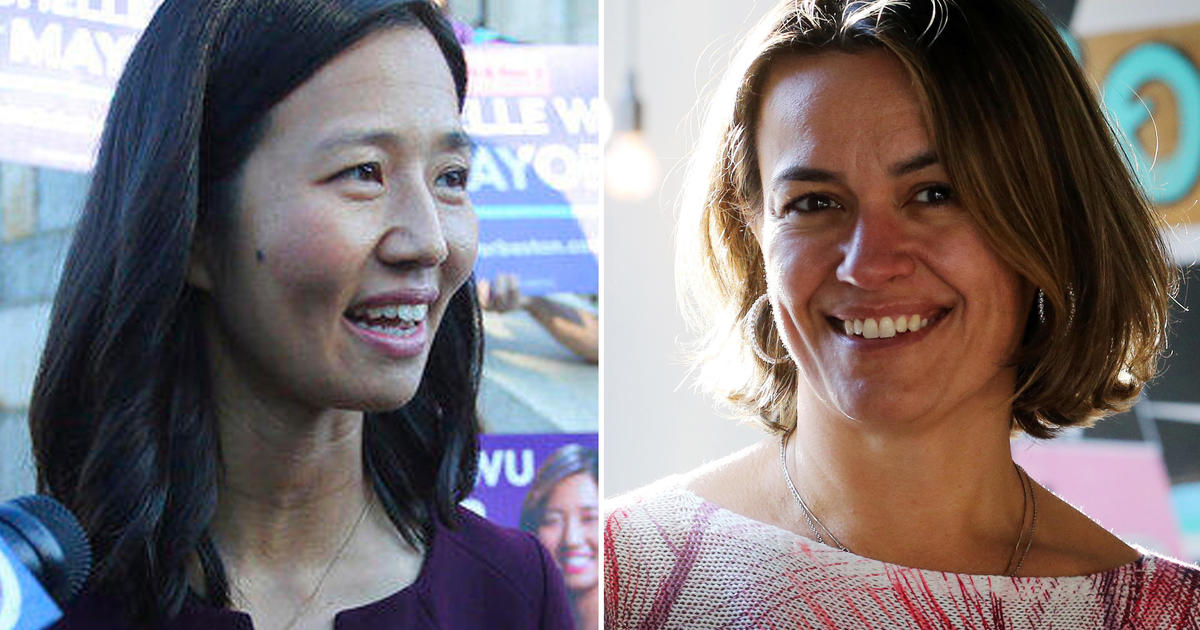 The next mayor of Boston will make history: For the first time in two centuries, a woman and person of color will be elected to the office.

“The race is over,” Essaibi George told WBZ-TV Wednesday morning. “We’re confident in these results. We’re confident in our finish in this race and we’re excited to participate in this next half of this campaign.”

Third- and fourth-place finishers, city councilor Andrea Campbell, who received 19.7% of the vote, and the current Acting Mayor Kim Janey, who received 19.5%, both conceded late Tuesday. John Barros, Boston’s former economic development chief, garnered just 3% of the vote. All of the candidates are Democrats, though the city does not have party primaries in the mayor’s race.

“I want to congratulate Michelle Wu and Annissa Essaibi George on their victories this evening,” Janey said in a statement Tuesday night. “This was a spirited and historic race, and I wish them both luck in the final election.”

“This is a moment in Boston where we are facing big challenges. I’m running for mayor to tackle big challenges with bold solutions that include everyone. So I know what’s possible,” Wu told reporters at the Forest Hills MBTA stop Wednesday morning.

The candidates hailed from a range of backgrounds. Wu’s parents immigrated to the United States from Taiwan. Janey and Campbell are Black. Essaibi George describes herself as a first-generation Arab-Polish American. Barros is of Cape Verdean descent.

Essaibi George won a series of key endorsements during the race including from unions representing firefighters, nurses and emergency medical technicians. She also won the backing of former Boston Police Commissioner William Gross.

Essaibi George grew up in Dorchester and taught in the Boston Public Schools. She was elected to the city council in 2015. Her father immigrated to the United States from Tunisia in 1972. Her mother was born to Polish parents in a displaced persons’ camp in Germany.

The November contest could also be a test of whether voters in a city long dominated by parochial neighborhood and ethnic politics are ready to tap someone like Wu, who grew up in Chicago.

Wu moved to Boston to attend Harvard University and Harvard Law School and studied under U.S. Senator Elizabeth Warren, who was then a law professor. Wu is the only candidate not born in Boston.