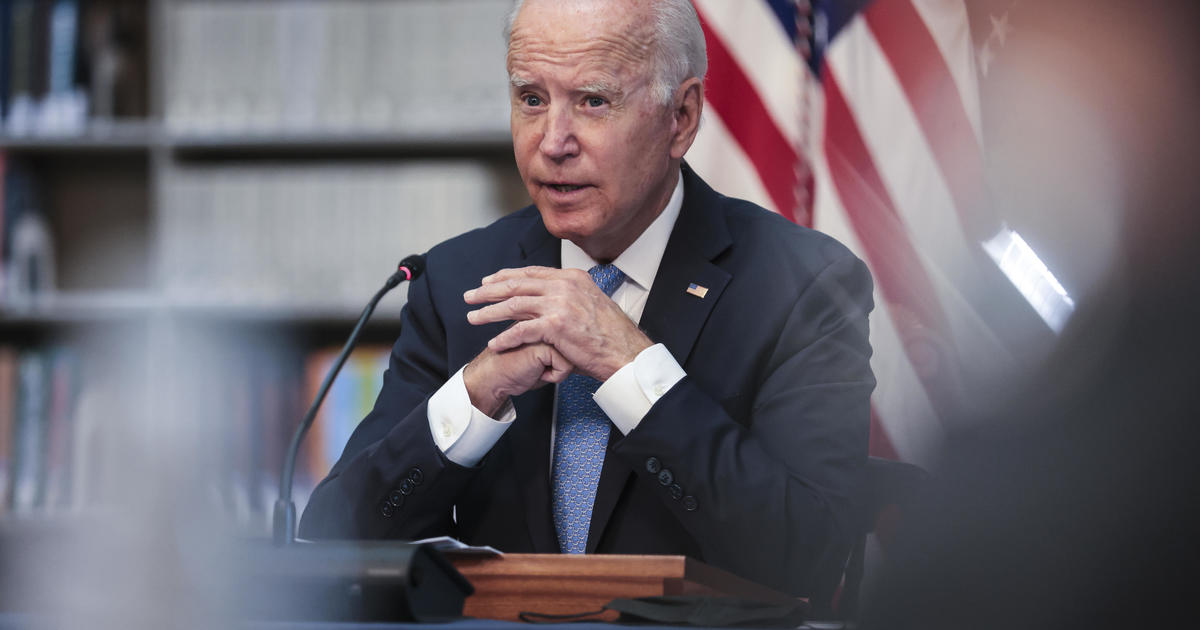 Washington — President Biden is set to speak Thursday about “leveling the playing field in our economy,” according to the White House, after Democratic-led House committees concluded their work this week on crafting their $3.5 trillion social spending package.

Facing a Wednesday deadline to complete their respective portions of the massive plan, the committee work highlighted Democrats’ intraparty divisions about the size of the wide-ranging proposal and how they want to pay for it, splits that complicate the path forward as Democrats look to deliver a key legislative win for the president.

A plan to lower the price of prescription drugs failed in one House panel after three Democrats voted with their Republican colleagues against it, but the same provision was separately approved by the House Ways and Means Committee.

The Ways and Means Committee, the chamber’s chief tax-writing panel, unveiled a tax proposal this week to pay for the $3.5 trillion package, which includes Democrats’ plans for universal pre-K, expanding Medicare, child and elder care, and the environment. The committee approved its portions of the sweeping measure in a near party-line vote Wednesday, which included the tax provisions.

Mr. Biden has spent the summer pitching his plan to expand social programs, which he argues will drive economic growth. A White House official said the president will “lay out what’s at stake in the fight to ensure that our economy delivers for middle class families” in his remarks Thursday afternoon.

The president, the official said, will also “underscore that we’ve reached an inflection point where we have to choose whether or not we’re going to perpetuate an economy where the wealthiest taxpayers and biggest corporations get to play by a set of rules they’ve written for themselves while middle-class families aren’t given a fair shot.”

The tax proposal unveiled by House Democrats takes aim at high-income Americans and corporations, including by raising the corporate tax rate to rise from 21% to 26.5% and the top income tax rate for Americans making more than $400,000 from 37% to 39.6%.

The top capital gains rate would also increase from 20% to 25%. The plan includes $80 billion for the Internal Revenue Service, used to beef up tax enforcement and improve the agency’s technology to support enforcement activities.

The changes proposed by Democrats would raise more than $2 trillion in revenue over 10 years, according to the Joint Committee on Taxation, with roughly $1 trillion in tax increases from high-income Americans and nearly $1 trillion from corporate and international tax reforms.

Democrats are using a tool called reconciliation to fast-track the $3.5 trillion package, which together with a more targeted $1 trillion bipartisan infrastructure bill, make up key portions of Mr. Biden’s domestic policy agenda.

The reconciliation process allows Democrats to pass the legislative plan with a simple majority in the Senate, eliminating the need for Republican backing. But two Senate Democrats, Joe Manchin of West Virginia and Kyrsten Sinema of Arizona, have objected to the $3.5 trillion price tag.

Mr. Biden met separately with the senators at the White House on Wednesday.