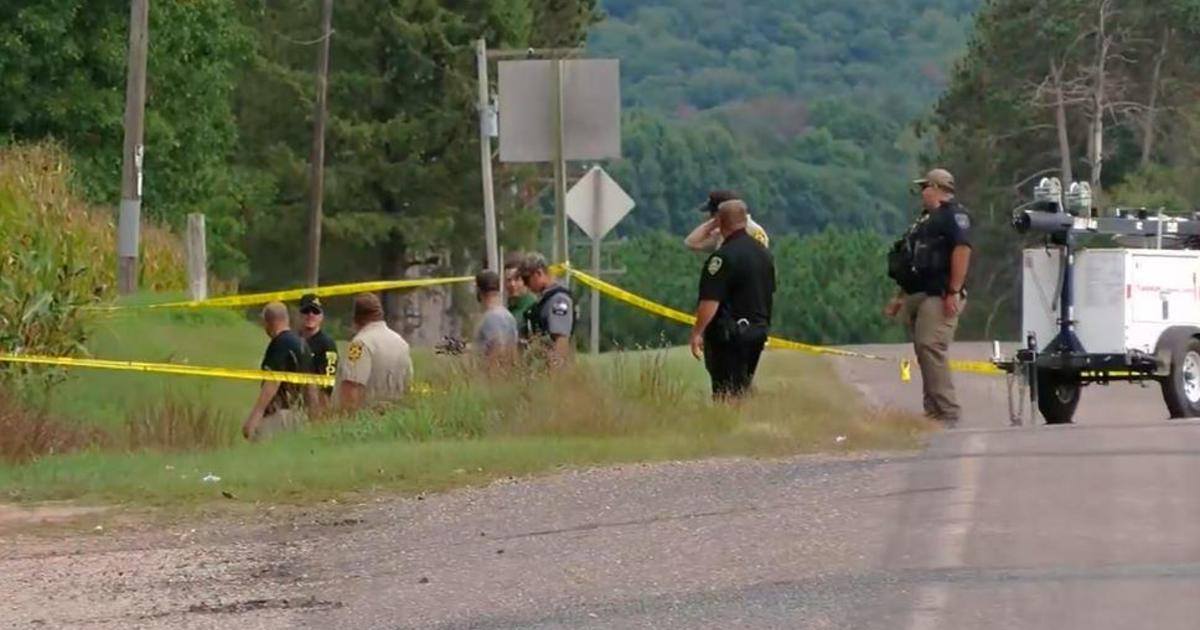 Four people found slain in an abandoned SUV in a western Wisconsin cornfield over the weekend had been shot and were all from Minnesota, authorities said of a case they described as a mystery. Preliminary results of autopsies performed Monday by the Ramsey County Medical Examiner’s Office showed the two men and two women all died of gunshot wounds, the Dunn County Sheriff’s Office said.

The victims were identified as Matthew Isiah Pettus, 26, Loyace Foremann III, 35, and Jasmine Christine Sturm, 30, all from St. Paul; as well as Nitosha Lee Flug-Presley, 30, of Stillwater. Pettus and Sturm were brother and sister, authorities said.

Dunn County Sheriff Kevin Bygd said during a news conference Tuesday that authorities don’t believe the person or people responsible for the killings are local or still in the area. He said investigators do not have a motive.

Authorities believe the four Twin Cities-area residents died less than 24 hours from the time they were found and the location “was a place these victims were randomly brought,” Bygd said.

“Everybody’s a suspect at this point,” he said. “We’re looking at everybody and every possibility.”

Plug-Presley’s father said that the four victims were at a St. Paul bar Saturday night and they got in someone’s vehicle when they left.

“Somebody knows something. This doesn’t just happen,” Presley told CBS Minnesota. “This is not a freak accident. Please somebody say something.”

Presley told the station the black SUV the victims were found in belonged to someone his daughter knew.

A 911 caller alerted deputies Sunday to the black SUV that was off a rural road in the Town of Sheridan, according to the Dunn County Sheriff’s Office.

Sheriff’s officials said earlier that there may have been a second dark-colored SUV traveling with the vehicle that was abandoned.

A GoFundMe for Foreman’s burial and to provide for his children has been created.